Home Jewish Music When you combine Yonina with the Beatles, you know it’s gonna be...

This combination of Yonina with the Beatles is simply stunning. Take incredible music, a classic from the 70’s, mix it with the incredible talent of Yonina – the result is extraordinary.

Introducing you to Yonina

Yoni and Nina Tokayer, more commonly known as Yonina, met each other in Israel and got married. They both have strong musical backgrounds. They got married and decided to take their talents and share their music with the world.

Both are children of American’s who fulfilled life dreams and made aliyah to Israel. Yoni and Nina grew up an Israel. But, they clearly play music with American influence.  That influences the people they are today. They understand both cultures and have created a big fan base – both in and outside of Israel. To date, they have released one album of their own original music called “Emet Pshuta” (Simple Truth).  Yonina ran a crowd funding campaign to make their dream come true.  It worked – their fans funded the album.

Their dream really took off when their youtube video “One Day” went viral. It garnered over 2.2 million views on Youtube alone. and made their name known to many. Today Yoni and Nina fly around the world, and perform in sold out concerts as people flock to hear the talented couple.

One of things that really connects people with Yonina is the fact that they see the real people Yoni and Nina are. Many of their home cover videos are home made.   Some even feature their gorgeous daughter. These two incredibly talented individuals share their love of music with the world.

This specific video uses the famous song “Let It Be” by the Beatles. Yoni and Nina create a masterful rendition. With their beautiful harmonies and addition of the Hebrew translation of the original lyrics, another classic has been born. 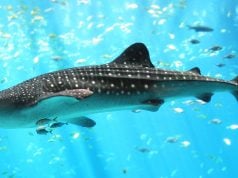 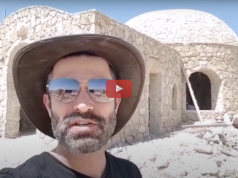 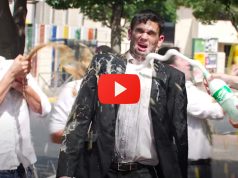