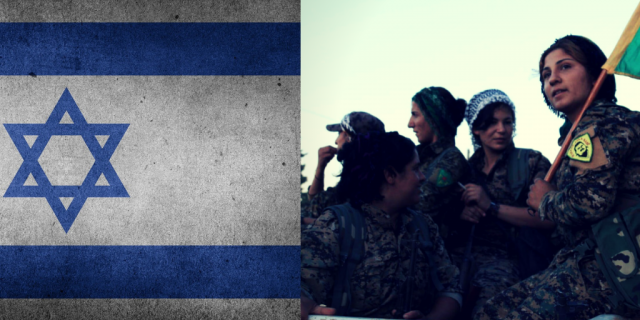 With the shock of President Trump’s sudden decision to withdraw US troops from Northeast Syria still sinking in, the YPG, a Syrian Kurdish militia trained and fighting on behalf of the US against ISIS has been caught off guard. Over the last few years, the YPG has been the main reason that ISIS has either retreated or has been decimated, but their rising strength has also caught the ire of Turkey’s autocratic ruler Recep Tayyip Erdoğan. Erdogan has made it clear that he will send troops into Syria to “wipe out terrorists,” which is often code for ethnically cleansing the Kurds.

Erdogan fears a second autonomous Kurdish entity rising to Turkey’s South, the same as the Kurdish region of Northern Iraq.  By allowing these two entities to strengthen may very well spell trouble for Turkey, as the Turkish army and government violently suppresses its own Kurdish minority, which account for 15 to 20 percent of its population.

With Trump’s withdrawal already beginning and Turkey having made its desire to push the YPG out of Northern Syria very clear, one would assume, that Israel, which has excellent relations with Kurdish groups in Northern Iraq, would help the YPG hold off a decimating attack by Turkey.

Turkey, the Growing Enemy of Israel

“Today, the Palestinians are subjected to pressures, violence and intimidation policies no less grave than the oppression done to the Jews during WWII.”

President Erdogan of Israel has made it clear that he perceives Israel as an occupier and “terrorist state.”  Most recently he said the following at the Jerusalem conference in Istanbul:

“Today, the Palestinians are subjected to pressures, violence and intimidation policies no less grave than the oppression done to the Jews during WWII.”

Turkey has also been aiding and abetting incitement in the Arab street, both in Gaza and Judea and Samaria.

“I hope that they (Kurds) will win in their battle against the Turks.”

While it may seem logical that Israel would fill in the void left by the US departure due to parallel interests, the YPG has been in direct contact with Assad’s Syrian Arab Army and Russia to help defend against potential Turkish aggression.

Despite the immediate turn to Israel’s enemies for help, Israel still seems to at least publicly backing the YPG against the Turks.

“They are allies, and I hope that they will win in their battle against the Turks. I hope that the international community will prevent Erdogan from massacring the Kurds,” Ayelet Shaked told Army radio.

So why is it unlikely that Israel will help the YPG?

Unlike the KRG of Northern Iraq, with whom Israel has spent years fostering a relationship, the YPG has had their own set of interests, often times not aligned with Israel.  After all the Kurds have been adept at shifting alliances when necessary for survival. Syrian Kurdish autonomy is in its nascent stages and so without any concrete governing capabilities, the YPG and its civilian councils have shifted to dealing Assad, Putin, and most importantly for Israel – Iran.

With this in mind, it is clear, why Israel does not want to step into helping the YPG the way they have the Kurds of Northern Iraq. Until it becomes clear, which side the Kurds of Syria are on in the converging Eastern Syria frontier, Israel has no choice but to stay out, at least overtly.

Of course, as we have seen in the region over the last few years, anything is possible.