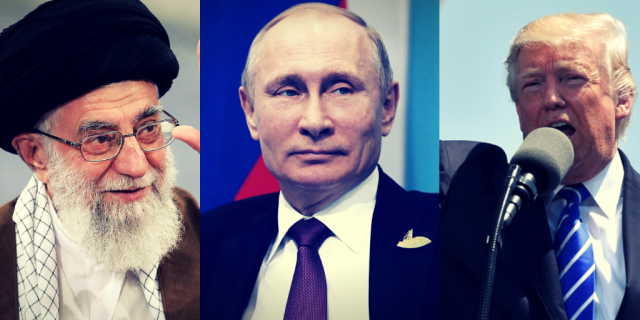 Since President Trump’s dramatic decision on withdrawing US troops from Syria both allies and foes of the USA in the Middle East have been scrambling to secure their future foothold in the Kurdish controlled area of Syria – dubbed Rojava.

Yet, something has happened on the way to pulling US troops out of Syria. Senator Lindsey Graham, a staunch opponent of removing US troops from Syria met with the President earlier in the week and appeared to convince the President to change his mind…sort of.

Withdrawing US Troops From Syria – Not So Fast

“I will tell you that the president is thinking long and hard about Syria.”

“We talked about Syria. He told me some things I didn’t know that made me feel a lot better about where we’re headed in Syria,” Graham, an influential voice on national security policy who sits on the Senate Armed Services Committee, told reporters at the White House.

“We still have some differences but I will tell you that the president is thinking long and hard about Syria – how to withdraw our forces but at the same time achieve our national security interests,” Graham said.

Sources now claim that President Trump will hold off on taking US soldiers out of Syria until the situation stabilizes.

War on the Way

As of the beginning of this week., US forces were still in the Kurdish controlled city of Manbij, but Syrian troops with Russian advisors have begun to move into the area.  At the same time The Turkish armed forces a preparing for an assault agains the Kurds. Add in the recent decision by Syria to allow for the Iraqi air force to attack ISIS in Syria, the military challenges engulfing the region have become immense.  Of course, Iran is and will exploit the chaotic situation.

President Trump seems to have seen that his decision, while correct may be ill timed as it would lead to a far wider war, something he does not want.

With Iran encircling Israel and the US stalling their pull out the forces that have been unleashed in the Middle East cannot be reigned in.

A full collision course between the Russian axis and the collection of US/NATO partners is on the way.  Of course all of this is complicated by two other factors and that is Israel and Turkey.

Any conflict in the region will now have repercussions on the Israel-Hezbollah front creating havoc and chaos.  Along the same lines, Turkey’s insistence in invading Syrian Kurdistan to wipe out the Kurds would scramble any American strategy to help hold off an Iranian push into Syria from Iraq.

The big winner in all of this chaos is of course Russia, who without a large ground investment has succeeded in gaining the upper hand.

Was this the reason for Trump’s stalling on withdrawing US troops from Syria?