Home Israel News Would Netanyahu’s trial be different in an American court?

No one will ever know whether a randomly selected group of Israelis would have charged the Israeli prime minister with committing crimes if Israel had a grand-jury procedure.

(JNS) The criminal trial of Israeli Prime Minister Benjamin Netanyahu will begin on May 24. The three Israeli judges who will decide the case have ordered that Netanyahu must personally be in court when the charges against him are read and his anticipated not-guilty plea is entered. The prosecution’s lead counsel, Judith Tirosh, had rejected the request of the prime minister’s lawyers, Amit Haddad and Micha Fetman, that the prime minister be excused so he could tend to government business. There is precedent in Israeli law for a defendant, and even for counsel, to be absent on the opening day of a complex criminal trial. That is when, as will surely be true of Netanyahu’s trial, the charges are read out loud and the following court session concerns scheduling of witnesses and discovery issues. Ms. Tirosh insisted—and the three judges agreed—that there is “legal significance” to an accused’s presence at the “reading of charges.”

The Israeli court’s ruling would surprise an American criminal-defense lawyer. In the United States, indictments are never read in open court. Regardless of how they plead, defendants customarily “waive”—knowingly give up—the right they have to a reading of the formal charge. No American judge gives “legal significance” to a public reading of an indictment or has ever rejected a defendant’s waiver of that right.

Americans following Israeli news know that Netanyahu will stand trial on three charges. The media say he has been “indicted” on these offenses. In fact, Israel has no protection like the one provided by the opening words of the Fifth Amendment to the U.S. Constitution: “No person shall be held to answer for a capital or otherwise infamous crime, unless on a presentment or indictment of a Grand Jury … .” In Israel, a prosecutor’s evidence is not presented to a grand jury—a group of ordinary citizens—before there can be a formal accusation. It is weighed only by a prosecutor; in Netanyahu’s case by Attorney General Avichai Mandelblit. It was Mandelblit and his team of prosecutors who, with no check by ordinary citizens on a grand jury, had the power to bring into a criminal court the man who was, and will be for 18 months, Israel’s prime minister.

To be sure, in most circumstances today, presentation to a grand jury in America is a formality. Sol Wachtler, formerly chief judge of New York’s Court of Appeals, famously said (as quoted by Tom Wolfe) that “a grand jury will indict a ham sandwich.” But there was substance to the Founding Fathers’ insistence on this procedure, as I learned when I was a lawyer in the Justice Department’s Civil Rights Division in 1968. It was hard for us to prosecute local officials, even with evidence of their racial animus, unless we could persuade ordinary local residents sitting on a grand jury that criminal charges were warranted. The grand jurors to whom we presented our proof were skeptical, and they often voted “no bill” even though all the government’s lawyers who had weighed the evidence, including even the attorney general, were sure that federal crimes had been committed.

No one will ever know whether a randomly selected group of Israelis would have charged Netanyahu with committing crimes if Israel had a grand-jury procedure. Given his current popularity in Israel, such an outcome is surely less than certain.

Nor is there a right in Israel to trial by jury. Netanyahu’s guilt or innocence will be decided by a panel of three district judges. Trial jurors in the United States are directed to avoid publicity, and in high-profile cases jurors may even be sequestered. Criminal convictions have been reversed if the verdict may have been tainted by outside influence. The three judges hearing the evidence in Netanyahu’s case will continue, as the trial progresses, to be well-informed Israelis whose judgments might well be affected, consciously or unconsciously, by public and social media. There is no judicial ethics restraint against their access to opinions expressed in the Israeli press or on TV. And, as might be expected, there has been much speculation about their political leanings.

Although there are many similarities between the Israeli criminal process and the American system, including the right to confront and cross-examine witnesses and the requirement that the prosecution prove the accused’s guilt beyond a reasonable doubt, there are also major differences. The Israeli court’s opening decision regarding the accused’s presence when charges are publicly proclaimed may be a minor one, but it has real practical effect.

Nathan Lewin is a Washington lawyer who specializes in white-collar criminal defense and in Supreme Court litigation. 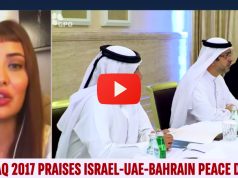