Professor Kontorovich skillfully explains that international law is clearly on Israel’s side when it comes to the issue of the “settlements.”

“Jews lived here, in the Old City of Jerusalem and all the surrounding areas until 1949 when after the creation of the State of Israel Jordan invaded and ethnically cleansed every last Jew from this area.”

According to international law, the League of Nations adopted the British Mandate of Palestine as the homeland for the Jewish people. This area encompassed all of today’s pre-1967 Israel, Judea and Samaria, and even what today is Jordan.

While Jordan was given to the Hashemites, West of the Jordan river continued to be within the Mandate the British controlled. No new arrangement was ever accepted by the international community since the “Palestinian” Arabs rejected the UN partition plan. Ultimately the League of Nations decision is still in effect.

The Jewish towns that dot the areas of Israel that are labeled settlements are basically resettling areas that were once illegally occupied by Jordan between 1949-1967.

This means “settlements” which is just another word for a Jewish community are completely legal anywhere on both sides of the armistice line. After all, to say that it is illegal for Jews to live somewhere because they are Jewish is the definition of anti-semitism

Anyone claiming that Jews do not have a right to live anywhere in the Land of Israel is basically supporting the idea of a Jew-free area of the world.

Yes – that means that if you are against allowing Jews to live anywhere in Israel, you are supporting the Arab idea to drive the Jews into the sea. 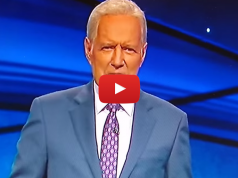 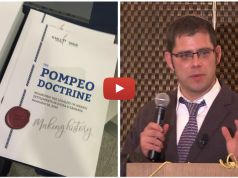 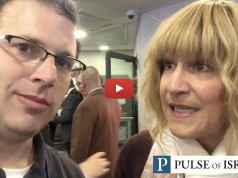 Fatah promises to continue terror – “We will cause volcanoes to erupt under your...

Dennis Prager: The Iran Nuke Deal Was One of the Worst Deals in History

IDF is Ready to Fight Back With Their New F-35 Fighter...