When you hear the words, young Orthodox Jewish woman, you usually don’t think about a Tae Kwon Do Olympian. But that is exactly what this young woman is. She was raised in an Orthodox Jewish home, and looked for some extra-curricular activities to keep busy in the afternoon. A few years later, she found herself being told by her teacher that she has a bright future ahead if she is willing to pursue her talent. Now, she is on her way to the Olympics.

An Orthodox Jewish lifestyle is often categorized as one that includes Sabbath observance and following the Kosher dietary laws. But actually, it includes so much more than that. It is one with high standards of modesty and a constant striving towards a deep connection with God. Therefore, travelling around the world in an environment that is not very conducive to modesty, and where kosher food and resting on the Sabbath are not the norm present many challenges. But, there are people who are one in a million. And, where there is a will, there is a way. It may not be simple, but within the rubric of a Jewish lifestyle, there exists a way to accomplish nearly every dream that young people may have. But, it requires a genuine concern for one’s connection to God. What Bat-El exemplifies so well is the attitude that much of her success is due in part to her connection to God. She sees that as part of who she is, and not just an external aspect of what she holds on to as she pursues her dreams. We wish her great success! 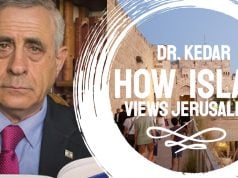 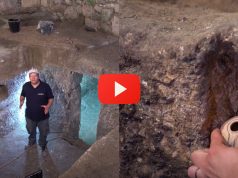