If the truth was not obvious to Americans before, it definitely should be now. Rashida Tlaib supports terrorism – and she is pretty public about it too.

Americans Need to Wake Up!

This is extremely frightening, to say the least. Rashida Tlaib was voted into Congress. But do Americans know the truth about her? They really should have beforehand. But some people ignored it or were too blind to see. After watching this video, it could not be more obvious what type of person she is. The facts all point to one direction. There is no way to ignore it: Rashida Tlaib is a terrorist supporter. And she is proud of it. It is not a mistake that 18 of her closest friends and supporters all have terrorist ties. She knows it.

If Americans do not wake up soon, what will America become?

Standing up for America

Putting all political differences aside, one thing needs to be clear: Americans need to defend America. And Rashida Tlaib is most definitely not a representation of America. Everyone should be appalled by her! But some still do not see the issue. Or they choose not to. There are those who are proud that she is one of the first Muslim women in the American Congress. But that is not something to be proud of if she is not defending American values. Do people not see that? If Rashida Tlaib does not stand up for America, how can any American stand up for her? 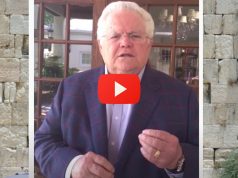