You want to see what a top antisemitic organization looks like? Just look at the United Nations. Antisemitism is raging there!

How sad is it that an organization that is supposed to protect freedom and human rights is antisemitic? People can say that the UN is not an antisemitic organization, but that would be completely false. You do not have to look farther than the Human Rights Council to see the way they treat Israel. They mock real human rights abusers by accusing Israel, a democracy and beacon of light, of abusing human rights. Everything they say is false. The UN spends all their time and energy on condemning Israel for nothing while allowing the world’s worst human rights abusers to get away with murder, literally.

Antisemitism is everywhere – the streets, college campuses, newspapers, the media. It is even raging across the UN! The United Nations is supposed to protect the peace of the world, not promote hatred.

They have failed miserably.

Israel Will Continue To Protect itself

Israel cannot afford to let anyone take advantage of it. The UN will keep criticizing, and Israel will keep protecting itself. Israel will keep standing strong. They really have no choice. It is a matter of life or death for the tiny Jewish state.

The UN is one big joke. No one can take them seriously anymore. Their agencies are filled with some of the world’s worst dictatorships and regimes. In the UN, the good guys always seem to get drowned out. 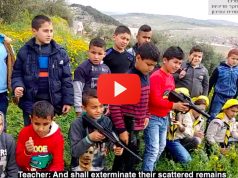 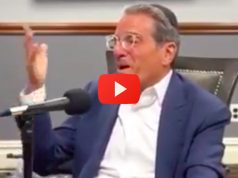 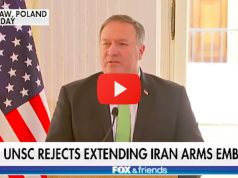