Tucker Carlson, Fox News show host, known for his libertarian or conservative views spoke in a church about what really is driving the left and the partisanship in the country.

Carlson asks in the video, “The question is, what is really going on?”

He explains, “My initial assumption was what I just said was, this is a debate over ideas, and it’s not. It’s nothing like that and one of the reasons why the rest of us are so unsettled by this, is because we don’t recognize what’s actually happening.”

So what is happening according to Tucker Carlson?

“This is a theological debate. This is a spiritual debate and let me just say very clearly it is not a debate between good and evil.”

Carlson then explains that this debate is ultimately about whether or not one believes they are in complete control over everything or whether there is a Creator that is mor powerful than them.

The gender issue is what triggered it.

“Everything they told me in sixth grade turns out to be true. We have boys and girls – they grow up to become men and women. This is not a product of our choice. This is not what we want. It is what happens organically because it is nature. Nature by its nature is something over which we have no control. We can’t make the sun rise, we can’t stop the hurricanes. We have to adjust our lives to the things we did not create and cannot control. That is called reality. It si as we find it. And we are the ones who adapt.” 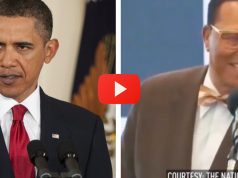 The video that shames the Left for blaming Trump for antisemitism 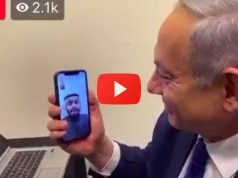 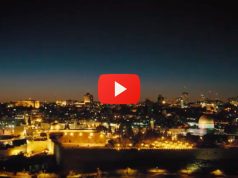 The Sky is the Limit for this Pro-Israel Organization

Police Take Down Attacker Outside Kosher Supermarket in NJ

Tucker Carlson goes to Church to explain the evolution of the...

The video that shames the Left for blaming Trump for antisemitism